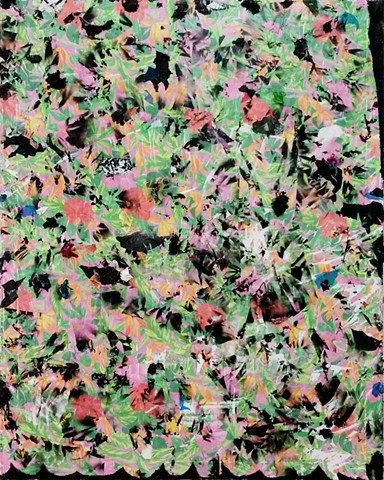 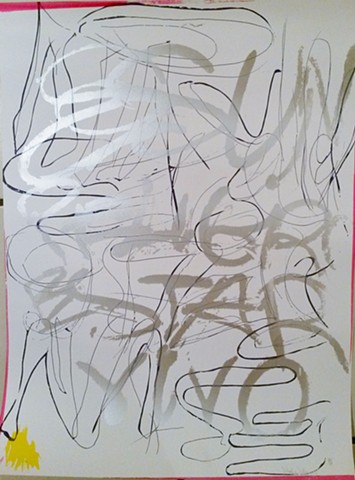 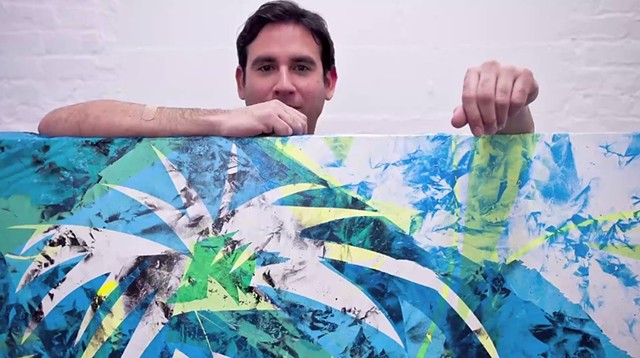 Sebástian Vallejo Talks About His Development As An Artist
Video

Sebastian Vallejo's works are inspired by the energy and light of the Caribbean. The presence of this elements and the way they interact naturally in his natal Puerto Rico, inspire his creations of abstract color explosions, vivid palm trees and flowers. He uses a technique in which the color of garbage bags and fabrics is transferred to the canvas with touches of spray paint.

Artist's Statement My paintings describe the aesthetic relation between organic and inorganic forms and its visual and cultural implications. The paintings are inspired by the expansive and improvisational qualities that exist in nature and by the light and colors of the Caribbean where the light seems to emanate from almost any direction, sometimes even from the ground. This is especially true in Puerto Rico, where I was born and raised. The materiality of painting amplifies light and form, and by extension all natural phenomena it attempts to capture. The paintings deal with notions of beauty and the sublime by adopting and sometimes exaggerating caribbean clichés and Romantic tropes in traditional painting; pushing the boundaries inherent in the genre of painting while simultaneously celebrating its history.

2009 The School of the Art Institute of Chicago, MFA Painting and Drawing Dept.

2007 The School of the Art Institute of Chicago Post-Baccalaureate Certificate, Painting and Drawing Dept.