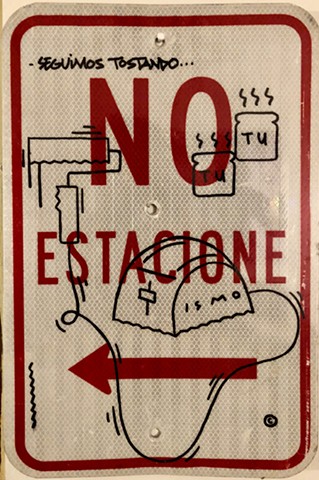 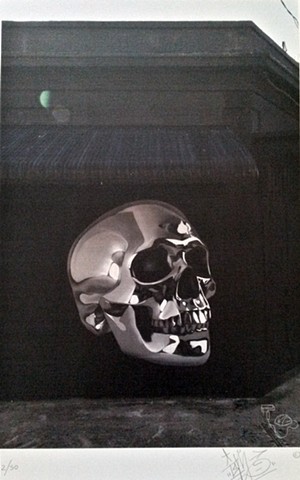 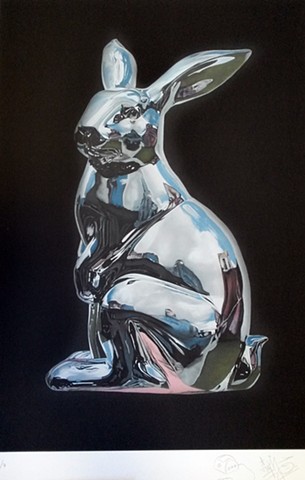 Joshua Santos Rivera better known as Bik Ismo, is an urban graffiti artist from from Arecibo, Puerto Rico. Studied art at the Escuela de Artes Plásticas in San Juan and its know by his distinctive toaster with the phrase "Seguimos Tostando" deployed in many abandoned buildings in Santurce and Arecibo. He's been part of important graffiti groups like FX, The Nasty Boys and Masters of Destruction. In 2002 and 2003 he organized the first urban art exposition titled “Los Virtuosos de Aerosol” and "ExhibicionIsmo" (ExhibitionIsm), both at Enlaces Gallery.

His art has transcended borders in countries such as Japan (Lapnet Ship, Harayuku, Japan, 2005), Spain (La Casa Pintada, Linares, Spain), Italy (Foundation, Padova, Italy, 2009) and States United States (New York, 2004, 2005, 2007, 2008). Also, Ismo has participated as a juror in street art events in and outside Puerto Rico. Among these are the Fifth Andalusian Graffiti Contest, held in Linares, Spain, the event "Xpress Your Skills", which promotes urban art among young Puerto Ricans, and "Snickers: Urbania" also from Puerto Rico.

Other events include Fuego a la lata (2008 and 2009), which were attended by Belin (Spain), How-Nosm (Germany) and Tats Cru (New York). In 2011 he was invited to "Artists for Israel", a community organization that works to create collaborative projects to stand out the right to live in peace in this country. In that project he painted his toaster and make around 15 other murals in schools and communities.

With a 22 year career on the streets Bik have rendered many international recognition's in important online pages like Streetartnews, Widewalls and Colossal. In 2014 he went to Miami at the Jose De Diego Middle School and spent about 4 days working on a metallic dog made entirely using spray-paint getting the best mural award in that year. In 2015 in Las Vegas he was one of the participants at the "Life Is Beautiful" music and street festival curated by JUSTKIDS. It was the third edition of the festival, which brought together more than fifteen internationally acclaimed artists.

06/02/16- Mural by artist Bik Ismo at the Adidas Mercury Center, a 3 day incubator for soccer fans.